"We can't solve problems by using the same kind of thinking that created them." At no time have these oft-quoted words of Albert Einstein been more appropriate than in addressing the problems of today's farmers. Between 1940 and 1990, with the industrialization of agriculture, the number of farms in the U.S. dropped from more than six million to just over two million. This drop in the number of farms has since leveled off, but the ability of farms to support farm families has continued to decline. Over the past couple of decades, around 90 percent of farm family income has come from nonfarm sources.

In spite of all of the political rhetoric about supporting family farms, government farm programs have consistently subsidized the industrialization of agriculture. As a consequence, farm programs have contributed both directly and indirectly to the demise of family farms. Subsidized, standardized, routinized, and simplified farm management has effectively coerced or forced fewer farmers on larger farms to produce more food at ever lower economic costs. However, these same strategies are directly responsible for the lack of agricultural sustainability. We can’t solve the ecological, social, or economic problems of agriculture today with the same kind of thinking that created them....

This work is licensed under a Creative Commons Attribution 4.0 International License. 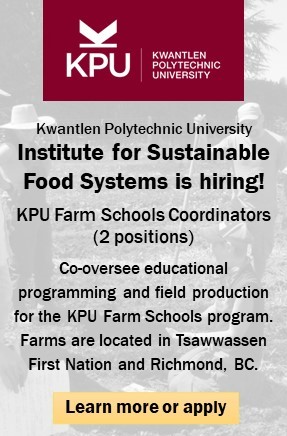